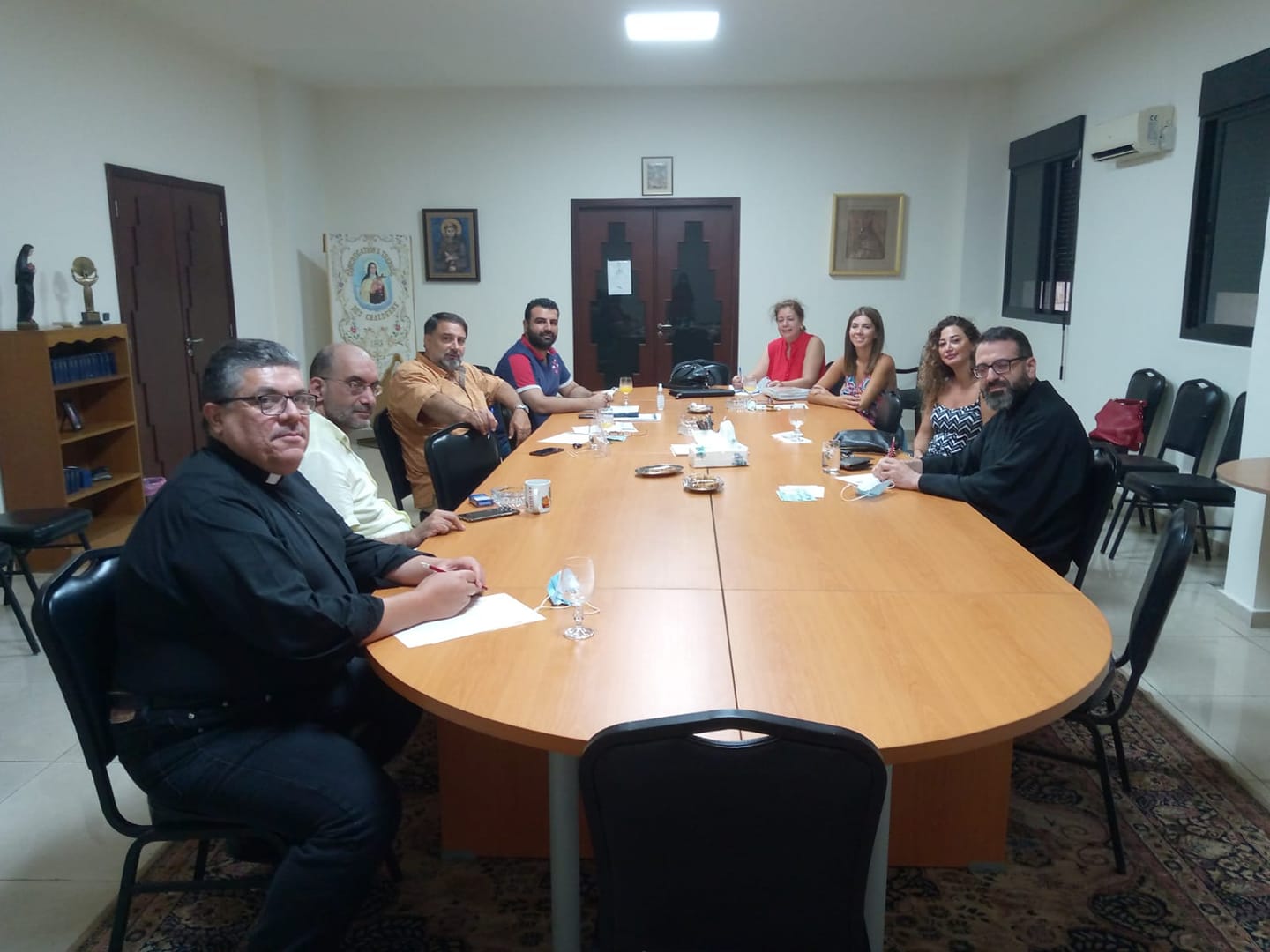 On September 2, 2021, the Chaldean Charitable Society held its first meeting after the end of the summer vacation, in the presence of Monsignor Raphael Traboulsi, Father Youssef Khaled, Deacon Raphael koupaly and Deacon Danny Sheba, headed by Mrs. Fabienne Hakim and the participation of Mrs. Rita Saki and Miss Mireille Semaan. The attendees discussed the affairs of the sect and its grievances at the social, educational and hospital levels. Mrs. Fabienne spoke about the summer activities, especially in the parish camp that was held during the months of July and August at the sisters of the Sacred Hearts School – Sed al-Bouchrieh. In addition, Monsignor Raphael Traboulsi explained the ways of cooperation with “Aid society of the church in need” at the educational and hospital levels, particularly with the starting of the new educational year. The attendees decided to work on issuing a card for each beneficiary of the charity’s aid to organize the work, and it was also decided to organize the distribution of food rations in cooperation with the honorable members, by rotating, then everyone discussed ways to support the association’s fund through rent projects.