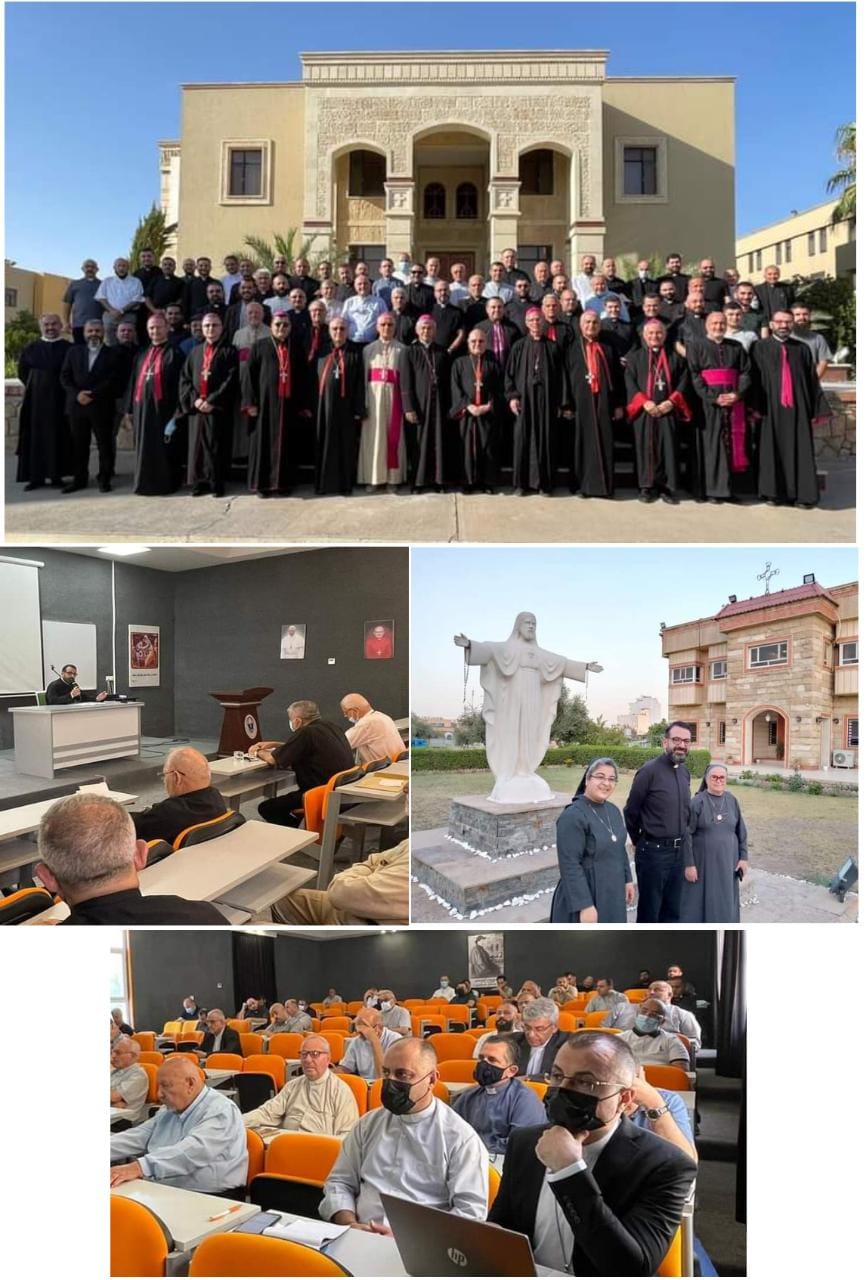 On July 23, 2021, Monsignor Raphael Traboulsi, General Episcopal Vicar in the Chaldean diocese of Beirut, concluded the annual retreat, that he preached at the Great Patriarchal Seminary at the Chaldean Patriarchal Synod in Erbil-Ankawa, dedicated to the apostles Edi and Mary, disciples of the East, by giving the eleventh lecture as part of the cultural day, which bears the following title: “Liturgical Practice in a Secular Society”. The last lecture was attended by His Beatitude Patriarch Cardinal St. Louis Raphael Sako, in addition to ten bishops to eighty priests from various dioceses in Iraq, Turkey and Jordan. After taking memorial photos, Mgr Traboulsi visited the General Superior of the Chaldean Nuns of the Sacred Heart of Jesus, Mother Elizabeth Nona, in the General Presidency in the presence of the housekeepers. Then he moved to the city of Alqosh, where he also visited Archbishop Michael Makdisi and Archbishop Ghazwan Shahara, the Attorney General.