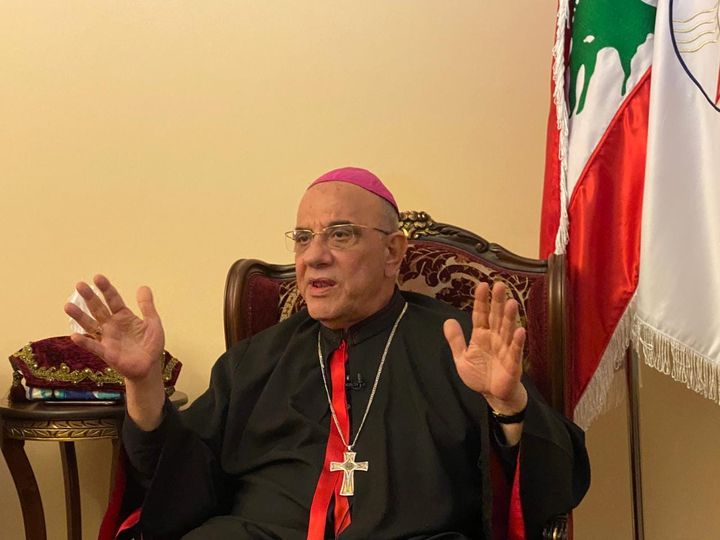 The Primate of the Chaldean Church in Lebanon, Bishop Michel Kassarji, described the visit of Pope Francis to Iraq as more than historic, as it was exceptional and came in an critical time.
Bishop Kassarji words came during his interview on the Syrian state TV, stressing that the Pope’s visit carried a message of love, peace and solidarity with the Iraqi people, with all its components, without discrimination because of the persecution, tragedy and displacement that befell them.
He added: “The Holy See plays a great role in the issue of interfaith dialogue and building bridges of peace between different religions, as evidenced by the document of human brotherhood that was made between the two most important religious references, the Pope and Al-Azhar Al-Sharif. The visit to Al-Sistani is an affirmation of brotherhood, convergence and a rejection of hatred to build a new road map that is based on the human being, and the image of the interfaith meeting in the ancient city of Ur must remain firmly in our hearts and minds, given the peace messages.
As for the Iraqis in Lebanon, they followed the visit before it happened through the prayers and meetings organized by the church, and after the arrival of the Pope they were nailed to the screens and they followed silently the Pope’s visit to the Nineveh Plains and Mosul, the areas from which they were forcibly displaced. For them, the visit was a window of hope that would bring them back To their land when the conditions of subsistence and guarantees of existence are achieved.