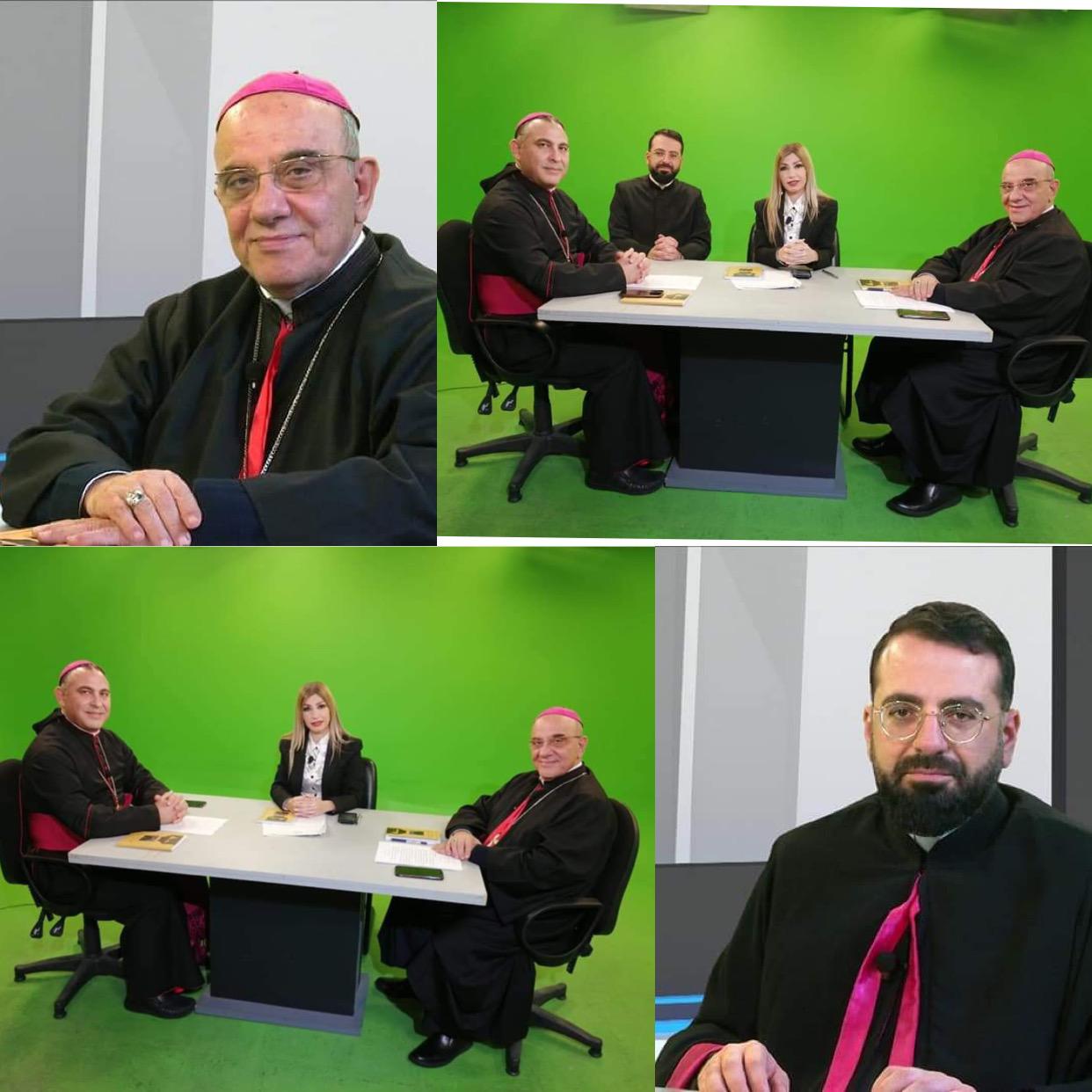 On Wednesday, 11/25/2020, the journalist Lea Maamari, hosted Bishop Michel Kassarji, Primate  of the Chaldean Church in Lebanon, Bishop Matthias Charles Mrad, the Patriarchal Vicar of the Syriac Catholics in Lebanon and Head of the Episcopal Committee for Islamic-Christian Dialogue, and Sheikh Dr. Muhammad Al-Nuqari, within the framework of a special television program on the Tele Lumiere Noursat screen, concerning the book written by Monsignor Raphael Traboulsi, the Episcopal General Vicar of the Chaldean Diocese of Beirut: “Archimandrite Athanasius Sayegh, a living testimony to coexistence”. Monsignor Raphael Traboulsi, author of the book, participated in the symposium along with the distinguished guests. The discussion dealt with the various aspects of Archimandrite Athanasius’ life and his pioneering role in the field of Islamic-Christian dialogue and coexistence in the Nabatiyeh and Jabal Amel region during the last century.

The book coincided with the celebrations of the first centenary of the proclamation of the state of Greater Lebanon and the emergence of the Pontifical Message “We are all brothers”.