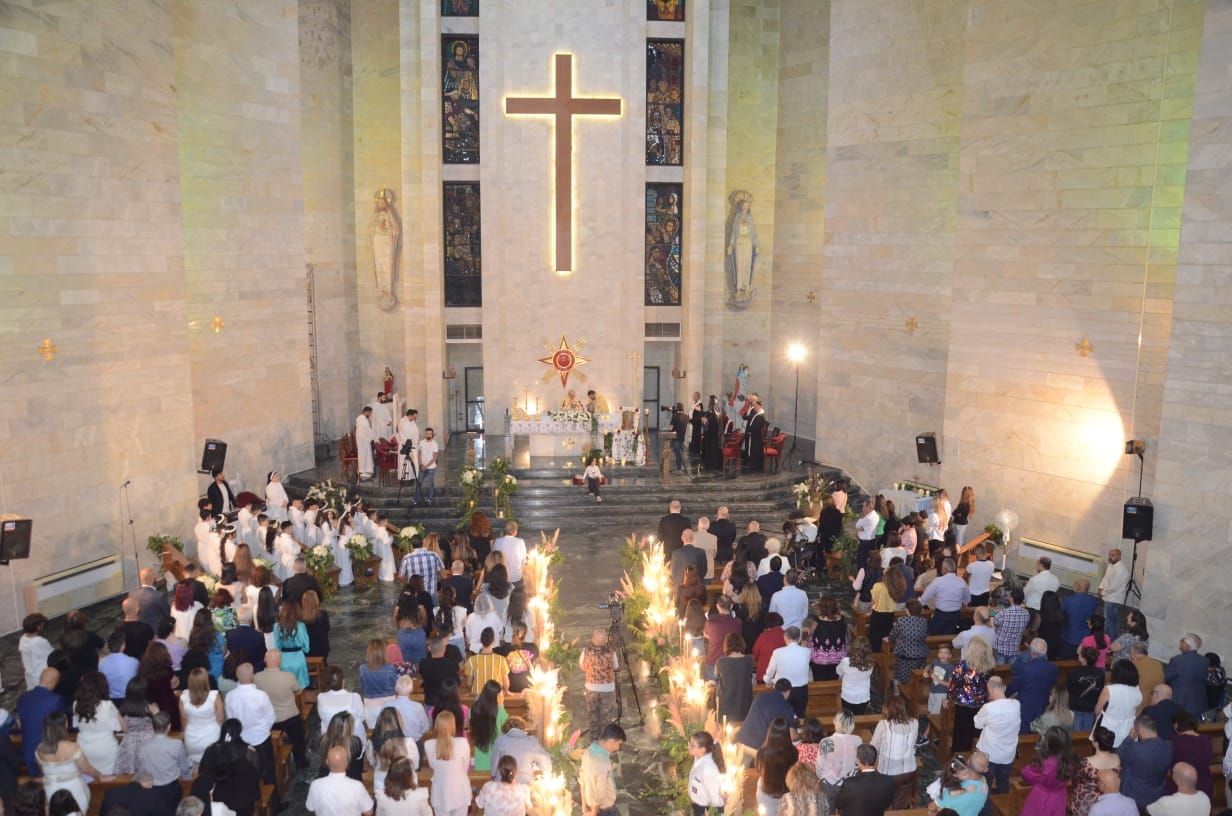 On Sunday, October 23, 2022, the Archangel Raphael’s Cathedral in Baabda-Brazil celebrated its patron’s feast, through a divine mass presided over by the pastor of the Chaldean Church in Lebanon, Archbishop Michel Kassarji and assisted by Monsignor Raphael Traboulsi, in which politicians and clerics participated, most notably Deputy Alain Aoun and others, the mass was served by the cathedral choir led by Professor Imad Chamoun and the participation of the hymn Carla Chamoun, as reported by the Tele Lumiere Foundation.
During the mass, a group of children of the Archdiocese were prepared to the First Communion, and Brother Tony (Antonius) the received the degree of decon , An entertainment program was revived by the Scouts of Our Lady of Providence – the session and the team of St. Paul the Apostle Apostolic. Everyone toured the exhibition whose tables were set up for the occasion in the Chaldean Youth Club at the bottom of the cathedral.